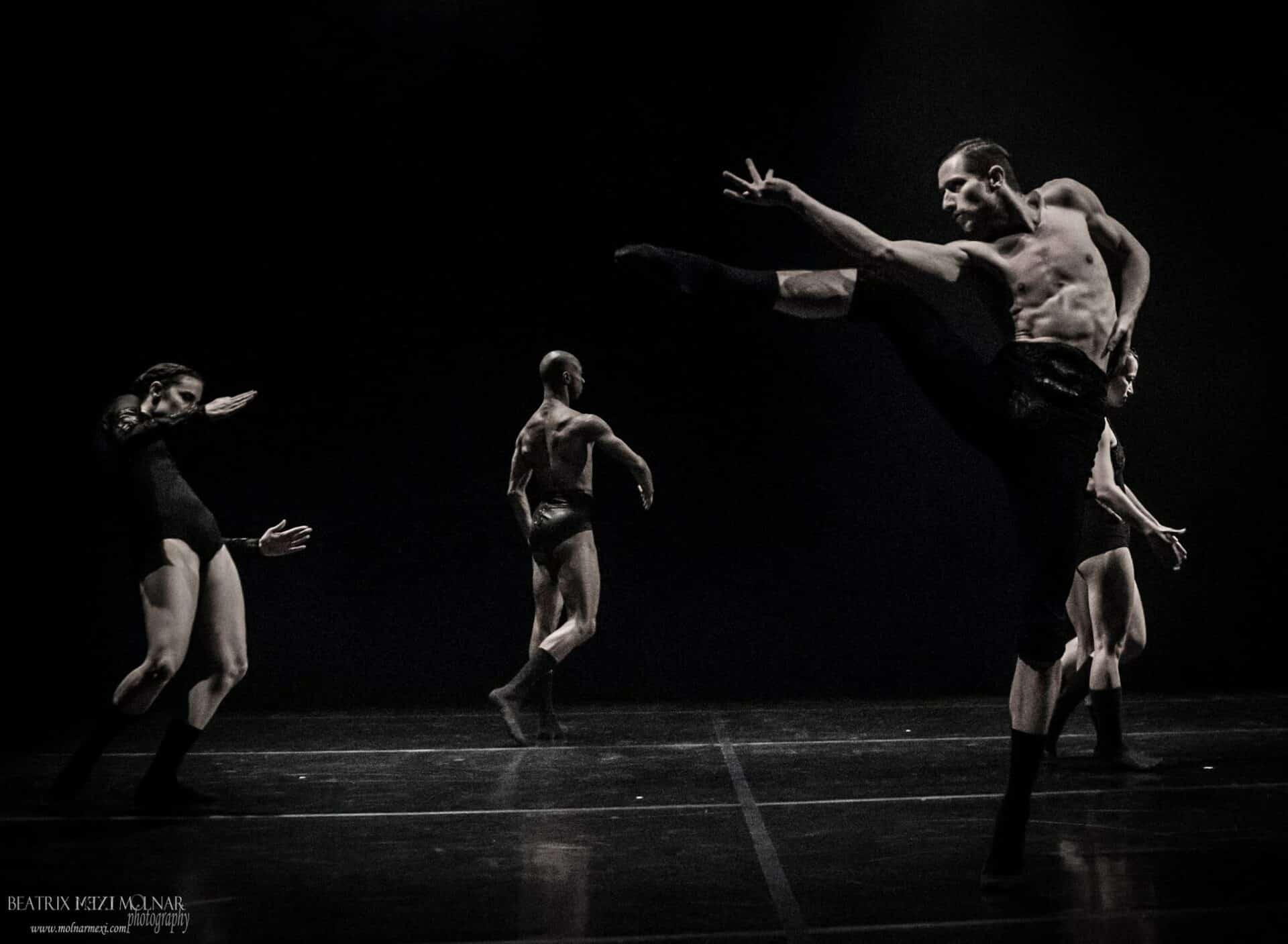 Morning: WORKSHOP CONTEMPORARY UNDERGROUND with Attila : The class will focus on connecting to our senses and finding different energies, dynamic qualities, and total flow through improvisation. Because music is very important to me I like to use it as a tool to inspire students to let go and find themselves in a different physicality connecting to groove. Class will consist of improvisation, set exercises and a phrase.

Afternoon : The workshop will consist of a short sensory improvisational warm up each day, and rep from OCD LOVE with Darren Devaney.

Attila Rónai did his dance education at the Hungarian Dance Academy and soon after started his professional career with numerous Hungarian dance companies; Inversedance-Fodor Zoltán, Gangaray Dance Company, PR-Evolution Dance Company, Central-European Dance Theater and Eva Duda dance Company to name a few. In 2013 he joined kwaad bloed/Ugo Dehaes in Belgium for the creation of Grafted. During the same year Attila was offered a year long apprenticeship with Hofesh Shechter Company which after turned out to be 7 years as a full company member. Besides dancing with the company he also led several international workshops and classes which he is continuing till today. He also assisted Hofesh Shecter during his creation for the GöteborgOperans Danskompani.In 2019 Attila created his own choreographic work for Nuova Officina della Danza in Torino. Since 2021 he has welcomed a new chapter in his life as a freelancer in collaborations with HODWORKS/ Adrienn Hód and Lyon Opera House. Currently he is creating a new performance for Eva Duda Dance Company in Budapest.

Born and raised in Edmonton, Canada, Darren began his studies at Victoria School of Performing and Visual Arts. He continued his studies at the Boston Conservatory, and after receiving a Bachelor’s of Fine Arts, joined Ballet BC under the direction of Emily Molnar. There he performed works by Johan Inger, Jorma Elo, Cayetano Soto, and William Forsythe, to name a few. Since 2016, he has been heavily involved in Sharon Eyal and Gai Behar’s L-E-V Dance Company, where he has toured internationally. He was part of the creation of Eyal&Behar’s ‘Love Chapter 2’, ‘Chapter 3: The Brutal Journey of the Heart’, as well as many location-specific projects